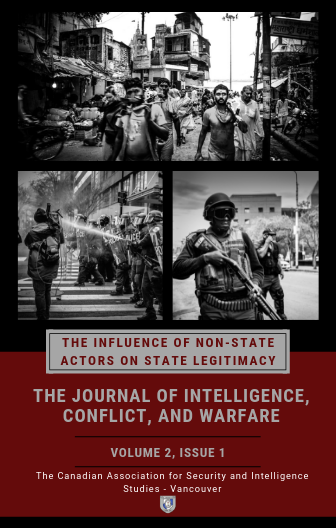 On February 21st, 2019, the Canadian Association for Security and Intelligence Studies hosted its twelfth roundtable focusing on “National Security & Emerging Threats to the West Coast.” The presentation was hosted by Inspector Benoit Maure, a serving Peace Officer for the Royal Canadian Mounted Police with over 30 years of police experience. Inspector Maure highlighted various emerging and continuing terror threats in British Columbia, highlighting their similarities to other global issues. He discussed the history of terror threats in British Columbia (BC) and the role of symbolic targets in terrorism. The following roundtable discussion centred on a case study describing the Yellow Vest Canada movement and its proclivity toward soft violence. Audience members then brought into question whether or not the media downplays soft violence and if this arguable disposition places Canadians into instances where it may be difficult to detect escalation of groups approaching hard violence.